Home
About Us – Original

From the President and CEO 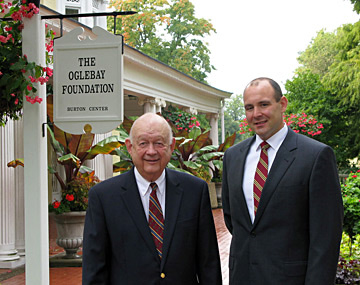 Oglebay and Wheeling Park are the result of a long legacy of private philanthropy. Due to the creativity and generosity of W.E. Stone, the generosity and leadership of Otto Schenk, and the pioneering spirit of 170 Wheeling citizens, Wheeling Park became a reality in 1925. The following year, Earl W. Oglebay bequeathed his beloved farm to the people of Wheeling and vicinity for “so long as it shall be used for the purpose of public recreation.”

For nearly a century, the Wheeling Park Commission has met its mission of providing quality recreational, educational, and cultural experiences for the community and region, while earning the unique distinction of being the only self-sustaining public park system in the United States. At the same time, the parks provide more free programs or facilities than any other park and recreation system its size anywhere.

From the Great Depression to the present, private gifts have developed and sustained Oglebay and Wheeling Park. I thank those of you who have supported our parks in the past and look for your continued friendship. I hope for the support from those of you who enjoy our parks and feel they are unique and important.

The Oglebay Foundation is a 501 (c)(3) non-profit corporation devoted to the raising of private funds for the welfare, maintenance, and future development of Oglebay and Wheeling Park in Wheeling, West Virginia, and their affiliated organizations and programs. The proud tradition of private philanthropy to support the parks began at the founding of Wheeling Park in 1924 and the formation of the Parks System Trust Fund in 1945. Through the decades, these private funds, annual gifts, grants, and sponsorships have helped to create the only self-sustaining public parks system in the United States.

When the Foundation was incorporated in 1996, it became the major trust vehicle for philanthropic gifts to the parks. At that time, existing endowment funds including the Maintenance Trust, Oglebay Park Children’s Association, America’s Future Trees Foundation, and Friends of Oglebay annual fund were placed under The Oglebay Foundation for efficient management and future growth.

The facilities built or renovated in Oglebay and Wheeling Park are the result of generous gifts made to The Oglebay Foundation. Additionally, gifts provide for program enhancements; the high-quality maintenance of the facilities, grounds, and landscaping; and ensuring all youth have the opportunity to learn and play at Oglebay and Wheeling Parks. The Oglebay Foundation annually contributes in excess of $2.5 Million to the Wheeling Park Commission for program development. 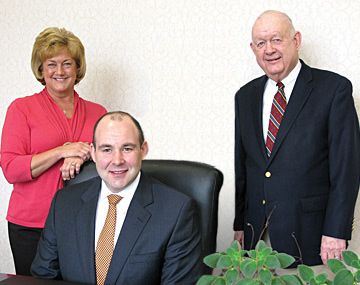 Eriks E. Janelsins, President and CEO
Eriks Janelsins was named President & CEO of The Oglebay Foundation in October 2012 after spending more than a decade as the Director of the Henry Stifel Schrader Environmental Education Center at Oglebay where he led a multi-state educational program. During his tenure, he worked to create a number of statewide professional organizations devoted to education and the environment working with diverse partners. Eriks served as the founding Director of the NRPA Green School, a comprehensive professional development program for park professionals focused on improving sustainability and green infrastructure within municipal parks and communities. He represents West Virginia on the Ohio River Valley Sanitation Commission and Chairs the Public Interest Advisory Committee. He has chaired task forces related to local education, community development, and health initiatives. Eriks moved to Wheeling as part of his year of service as an AmeriCorps VISTA when he worked on education and community development projects in West Virginia and western Pennsylvania. Eriks received his Bachelor of Arts degree in Biology from Wabash College and has completed graduate work at The Johns Hopkins University. He is a native of Indianapolis, Indiana.

G. Randolph Worls, Chairman  Emeritus
Randy Worls is the Chairman of The Oglebay Foundation. Other positions he has held with the Wheeling Park Commission include: Foundation President & CEO, General Manager, Assistant General Manager, and Director of Activities. He began his career at Oglebay as a lifeguard at the age of 15 and has committed his life to developing and growing the parks to benefit the lives of all Wheeling’s citizens. He received his B.S. degree in Chemistry from the College of Wooster in 1960 and his M.S. degree in Park Administration and Recreation from West Virginia University in 1968. Professional affiliations include: Member, West Virginia Park and Recreation Society; Member, NRPA; and Member, American Academy for Parks and Recreation Administration. Additionally, he serves in leadership positions on many community, state, and regional organizations including the WV Tourism Commission. He was named the inaugural Dr. Lee Jones Patron of Youth Award winner by the Wheeling Chambers YMCA, named Citizen of the Year in 1988 by the Jaycees, and inducted into the Wheeling Hall of Fame in 2000. He was asked by his peers in parks and recreation to deliver the Crawford Lecture at the NRPA Congress in Denver, Colorado.

Cathy Voellinger, Executive Assistant
Cathy Voellinger has been the Executive Assistant to the Chairman and President of the Oglebay Foundation since 2001 where she directs special events, gift processing, and grants management. Cathy is a graduate of Wheeling Central Catholic High School and began her Wheeling Park Commission career at Oglebay’s Wilson Lodge where she was the Assistant to the General Manager. From 1997-2001, Cathy served as Manager of the Oglebay National Training Center which hosts nationally recognized training schools for professional staff and management training in the field of parks and recreation. Cathy and her husband Mark are lifelong residents of Wheeling and the parents of three children and have one granddaughter.

Location (Back to Top)

Oglebay is located in Wheeling, West Virginia on Route 88 North, just 4 miles off I-70 at exit 2A. The Oglebay Foundation office is in the restored guest house adjacent to the Oglebay Mansion Museum in the Burton Center.

Financial Information (Back to Top)

Contributions to the Foundation by individuals, corporations, organizations, and other foundations qualify for tax deduction to the full extent provided by law. The Foundation is registered with the West Virginia Department of Tax and Revenue to be able to conduct business in the State of West Virginia.